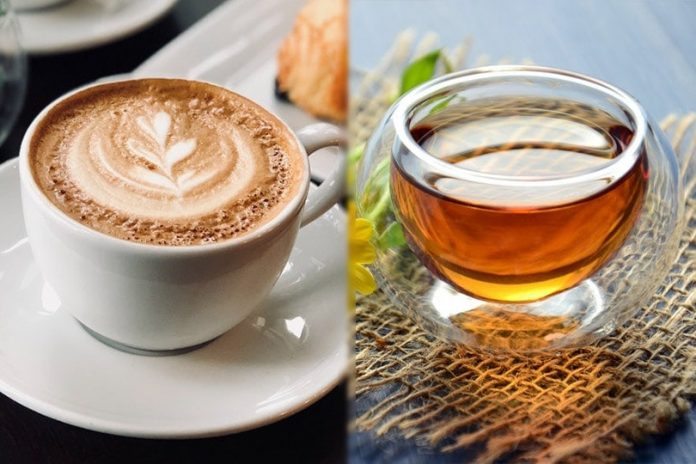 There’s a long-running debate between tea-sippers and coffee drinkers, but did you know there’s a little bit of confusion as to which one is healthier than the other? Both have caffeine and can help wake you up, though tea is better known for helping you relax and unwind at the end of a stressful day. The need to lower stress probably explains why it’s so commonplace to give tea gifts to friends and coworkers during holidays, as this is such a universal issue in the Western world.

Arguably, the thoughts behind both of these beverages can be subjective, especially when it comes to some teas being relaxing. While some herbal teas have the ability to help you calm down, this isn’t the typical connection for the caffeinated varieties. So, associations aside, which of these drinks is actually healthier than the other? And, on a related note, are those tea gifts a good idea? Or should you be giving your loved ones coffee instead?

In case you didn’t know, both tea and coffee have antioxidants. Antioxidants are powerful and can help your body maintain its overall wellbeing. Additionally, the antioxidants in both of these beverages can help lower blood pressure and cholesterol levels. They also help your body limit cell damage and boost your immune system. These inhibitors can even help fight against some factors linked to brain damage!

But before you try to make the announcement that coffee is just as healthy for you as tea, listen to this:

Generally speaking, tea has a higher level of antioxidants than coffee does. That doesn’t mean that coffee has zero antioxidants or that coffee is entirely unhealthy, only that you’re going to get more antioxidants from tea. Green tea, especially, is known for improving your health because of its high antioxidant levels. So if you’re stuck on a gift for your health-conscious friends, a few different varieties of the drink can make some great tea gifts.

What does this mean? If you need to increase the amount of antioxidants you’re having in a day, having some coffee is better than having none. However, it might be even better if you switch out your coffee for tea.

The Health Positives of Having Coffee

Coffee isn’t just antioxidant-rich. Additionally, the drink is no longer on the list of suspected carcinogens! That means it probably isn’t doing you much harm on its own. Coffee is also known for a couple of other health benefits, according to some scientific studies and research.

For example, coffee can help support your colon health. More specifically, if you’ve had colon cancer in the past, coffee can help your body decrease the likelihood of getting colon cancer again. This was especially likely to be seen in those who had already undergone treatment for their colon cancer. So if you want to make sure colon cancer stays gone, consider adding coffee to your daily routine.

Delaying the Onset of Alzheimer’s and Parkinson’s

Additionally, coffee has the potential to help delay diseases like Alzheimer’s and Parkinson’s. So if you have a family history of either of these diseases, this drink might be able to help you stave it off for a little while longer.

The Health Positives of Taking Tea

Tea has been linked to a number of positive bodily effects, which certainly implies that it’s healthier for humans than coffee. But what are some of these great aspects? And are those enough to warrant sending everyone more tea gifts this year?

The beverage has been linked to reducing the risk for a few cancers, according to some scientific studies. These include skin, breast, and prostate cancer. So if any of these run in your family, drinking a little more tea might be a useful preventative measure for you to take. If that sounds like you, maybe you could use some tea gifts as well.

It has also been linked to lower your risk of heart disease. This is largely related to rising stress levels, as people who experience lots of stress are more likely to experience heart palpitations and other issues. Whether tea is a psychological placebo for triggering relaxation or there’s actually something chemical going on in the body, it looks like tea can be incredibly beneficial for those looking to decrease this risk as well.

Tea is also strongly associated with helping those who are looking to lose weight. The beverage is pretty hydrating, improving your body’s metabolism and ability to digest food effectively. That makes tea very appealing to anyone interested in improving their appearance or who wants to focus on reaching their ideal healthy weight.

It ultimately looks like tea is healthier for you than coffee, at least for a few different reasons. However, that doesn’t mean coffee is unhealthy, and there are definitely several benefits both beverages have to offer us. Depending on your family history of diseases and ailments, you may find one more beneficial to you than the other. You may even consider using both of them in your daily routines!

7 Benefits Of A Juice Cleanse

How to Wear Oversized T-shirts in Different Ways

5 Reasons why You Should Buy a Sports CAP – Urban Monkey

Where does the collectible card craze come from ?