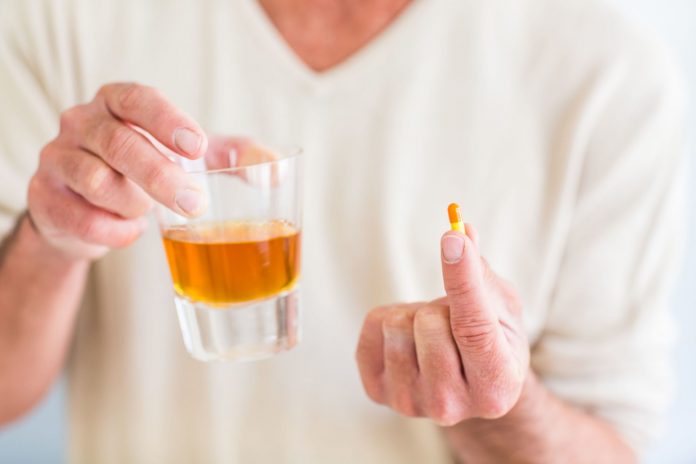 Kratom is gaining a lot of attention due to the claims of users who have found the excellent benefits of this herbal medicine for their medical dilemmas. In addition, it is very popular for helping opioid addicts reduce and overcome their withdrawal symptoms when they decide to stop taking opioids.

Another known benefit of kratom is helping alcohol addicts stop their addiction by minimizing the withdrawal symptoms of alcohol the same way it does for opioids. It is best to understand kratom and alcohol withdrawal better before using this method to aid any withdrawal symptoms.

Kratom is a drug that originates from the tropical plant Mitragyna speciosa, which is native to Southeast Asia and has been used there for a long time. Its use dates back to Thailand and Malaysia, when locals chewed the leaves or brewed tea to increase their energy and productivity and soothe physical aches and pains.

Additionally, it has been used in rituals for its psychoactive properties and for ages to relieve fatigue. Kratom is now widely accessible in various forms, such as dried or crushed leaves, tablets, capsules, and extracts.

The recreational drug market in the United States has seen a considerable increase in the popularity of kratom, which is now widely available online and in establishments that offer supplements and alternative treatments.

Even though the DFA didn’t approve kratom for any medicinal usage and the DEA has declared it to be a “drug of concern,” many individuals still use it. An estimated five million Americans are consuming kratom regularly in the form of tea, capsules, or directly eating the leaves.

The Effects of Kratom

Kratom has properties that are comparable to those of either opioids or stimulants. Mitragynine and 7-a-hydroxymitragynine, the two major components of kratom, bind to specific brain receptors when consumed in small dosages to create stimulant effects.

It can then cause increased vitality, sociability, and attentiveness. In addition, high quantities of kratom’s chemical constituents cause sleepiness, pleasure, and pain relief by interacting with opioid receptors in the brain.

Compared to drugs like oxycodone, heroin, and methadone, mitragynine binds less strongly to brain receptors. This is because the opioid receptors in the brain are fully activated by these three drugs, which are full opioid agonists, which result in a potent or full opioid impact.

The Benefits of Kratom

In Asia, kratom has been a natural home medicine for centuries. It has traditionally been used to treat:

Although some of these and other claims made by traditional medicine have received some backing from modern science, much more research is still required.

Today, kratom is still being used to aid a much larger array of health issues like the following:

Alcohol is considered to be one of the most used substances worldwide. Although alcohol can be accessed easily and its consumption is widely accepted by society, it is still responsible for thousands of injuries and deaths yearly.

Additionally, even though people know that alcohol is highly addictive and unhealthy, a lot of them continue to consume it regularly. Society accepts alcohol consumption in a way that other substances will never be accepted.

An alcoholic beverage contains ethanol, a type of alcohol that can be acquired from fermented fruits, grains, and other sources of sugar. The yeast will ferment the sugar from different food sources. As a result, it produces alcohol.

The Effect of Alcohol

When drunk in excessive doses, alcohol depresses the central nervous system because it is a hypnotic sedative medication. Drinking too much alcohol at once can result in drowsiness, respiratory depression, coma, or even death.

Booze can be a stimulant at low levels, causing a sense of happiness and chattiness. Initial alcohol intake results in a dopamine release, which makes one feel energized and aroused.

Like opioid withdrawal, kratom is very effective in helping with alcohol withdrawal symptoms. A study concluded that By acting on -opioid receptors, the patient’s self-medication with kratom reduced the symptoms of alcohol withdrawal.

It appears that 15 g of kratom is equivalent to 45 mg of morphine. Doxepin (and diazepam) withdrawal medication clearly avoided the withdrawal symptoms of alcohol and kratom dependency.

Many individuals are curious and ask: Can you mix kratom and alcohol?

As kratom abuse rises in the United States, so does the percentage of people who combine it with alcohol. To intensify the high from using kratom and strengthen the drug’s effects, people frequently combine kratom with alcohol.

So, mixing kratom and alcohol increases the risks. Because both of these medications have depressive effects, using them together has the potential to have a serious negative impact on the central nervous system.

As a result, there is a much higher likelihood of developing respiratory depression and other negative side effects.

The remains of around 152 people who died from drug overdoses have kratom traces. And 19 out of the 152 bodies also have traces of alcohol in their system. Since more studies still need to be run to understand kratom truly, you should avoid mixing these two substances.

So, what hapens when you mix kratom and alcohol? You will create a fatal drink that no one should consume.

Detox at Home With Kratom

If you have been consuming lower dosages of alcohol and kratom for a brief period, home detoxing after misuse may be effective. Nevertheless, inpatient detox is usually always recommended because of the side effects, withdrawal symptoms, and relapse risk.

If you’ve tried to detox at home before but were unsuccessful for any reason, it might be time to think about detoxing in a treatment facility where specialists can take care of your needs in a welcoming environment.

Alcohol and kratom will be progressively eliminated from the body during inpatient detox, allowing for physical recovery. Following detoxification, subsequent therapies like rehabilitation aid in addressing the psychological consequences and root causes of alcohol and kratom dependence.

But if you think that alcohol detoxification at home will benefit you more, then you should start looking where to order kratom online. This way you can have a reliable source of kratom when you start detoxification.

Kratom is an effective way to help alcoholic patients lessen the struggles they experience due to the withdrawal symptoms of alcohol. However, combining kratom with alcohol is highly discouraged as it can be a recipe for disaster.

Additionally, kratom is also not good for being combined with other medicines and substances as it can be fatal. Always remember, before taking any supplements or alternative medicines, it is best to talk to your physician first. This way, you will know if it suits your situation, especially if you are taking OTC.

Legal situation and the legal cannabis market in Europe and Ireland

How to Wear Oversized T-shirts in Different Ways

5 Reasons why You Should Buy a Sports CAP – Urban Monkey