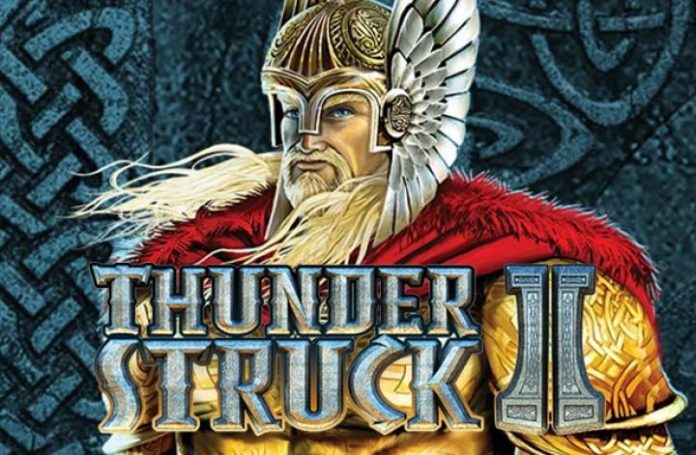 Thunderstruck 2 is one of those games playable via online casinos. It is the sequel of Microgaming’s previous slot Thunderstruck. Released in 2010, the game is based on the city of Asgard, the ancient city of Gods in Norse Mythology. With amazing graphics, good RTP, huge jackpot and multiple bonus features, it is no wonder that the game is highly popular and has secured its place among the top online casino slots. The luckier you are, the more is your chance to meet the Gods and earn huge amounts of your stake.

An Overview of the General Features

The slot – as many other casino games UK – comes with 5 reels and 243 paylines, which means that the gamblers have 243 different ways to win prizes. It is also one of the slots with the best payout, which amounts to 96.65%. The jackpot rises as high as 8100x. The minimum bet starts from £0.30 and if you gamble the maximum bet of £15, you could be the lucky one to take home £121,500. The general features are summarized as follows:

Few Instructions before You Start Playing

Thunderstruck 2 is one of those casino games of which the interface is really easy and simple. You need to enter an online casino with a minimum deposit to enjoy the game along with other best casino slots. After you are done with the signing up, fix the wager and start spinning.

The perfection with which the theme of Norse Mythology is explored in the game makes it one of the best slots online. The most eye-catching features of the game has to be the Wildstorm Feature and  four free spin bonus rounds:

This involves the wild symbol, which is basically the Thunderstruck 2 icon. The wild symbol triggers all the reels as they go wild. It can turn up to 5 symbols, completely wild and you can win a maximum of 200x of your stake.

The Great Hall of Spins is the progressive free spins bonus round that unlocks as you start entering the hall multiple times. It is triggered by the scatter symbol, which is Thor’s hammer Mjolnir. Each round is named after a Norse God.

Valkyrie – This round starts from the first trigger and gives you 10 free spins with a 5x multiplier. The free spins can be retriggered as well.

Loki – Entering the Hall of Spins for the 5th time triggers this round. You can win 15 free spins and the appearance of Wild Magic Symbols on reel 3 will transform other symbols into wild. 2, 3, 4, or 5 wild symbols will earn you 1, 2, 3, or 4 free spins, respectively.

Odin – The round begins from the 10th trigger and you get 20 free spins along with the Wild Raven feature. Here, two ravens of Odin turn free spins into 2x or 3x multipliers, and 6x when they appear together.

Thor – The 15th entry into the Hall of Spin will earn you a chance to meet Thor. You will be awarded with 25 free spins and Rolling Reels. This feature can make new symbols appear and earn you multipliers of 2x, 3x, 4x or 5x.

Apart from the special features, the other symbols included in the game are Viking Longship, Valhalla, Valkyrie, Loki, Thor and Odin. The Thor symbol being the most valuable among them, it can make you win a significant amount of your stake when it appears in groups of 3, 4, or 5 in a payline.

When it comes to the drawbacks, Thunderstruck 2 rarely has any. The theme is flawless, the RTP is decent, betting starts from as low as £0.30, making it good for budget players and the jackpot is huge. Keeping all these features in mind, Thunderstruck 2 has been ranked among the top 10 slots of Microgaming and one of the best online slots UK. Though the critics argue that the graphics could have been even better, Thunderstruck 2 is highly recommended if you want to try your luck out at the slots.

Why you should use local florists for UK flower delivery

A GUIDE TO A HEALTHY LIFESTYLE: 5 TIPS ON HOW TO...

Best Ways To Increase Online Traffic On Your Website

5 Major Components For A Healthy Lifestyle