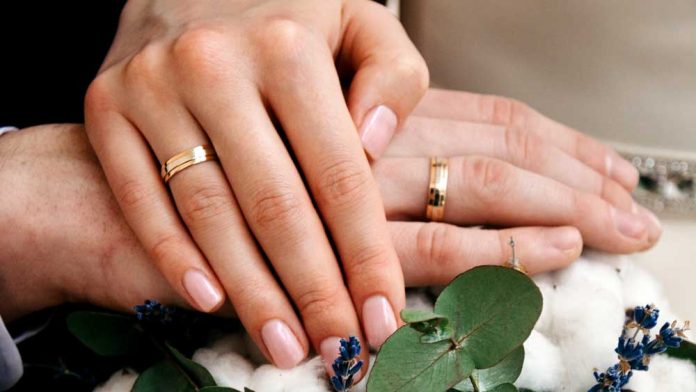 Nowadays, many people don’t know the value of wedding bands. Even though they choose these attractive pieces of jewelry with love and integrity, they often don’t have the real knowledge behind the history of wedding bands.

Not just wedding bands, but also engagement rings are extremely special and attractive jewelry items. They carry more importance than any other jewelry items. Wedding bands are a symbol of promises such as hope, commitment, eternity, love, fidelity, and honor. But, do you know how and where the journey of wedding bands started?

As per March, it’s been said that the wedding bands are originated from Ancient Egypt. Back in those days, Egyptians used plants to design in a circle to signify immortal love. The Egyptians believed that the fourth finger has a special vein that connects directly with the heart. This is the main reason why people need to wear a wedding band on their fourth finger.

Puzzle wedding bands were one of the most famous pieces of jewelry amongst Asians. These jewels were designed to fall apart and be put back together again. However, the process was very complicated. After that, wealthy Middle Eastern men then started to use these rings as their wedding bands for their wives, as they had to wear a puzzle ring while their husbands were away. As the rings were designed to be collapsed upon removal, husbands would notice the disloyalty of their wives if they tried to remove the wedding band. Remember that puzzle rings could be put together again only by a skillful and knowledgeable jeweler.

A couple of centuries ago, the Europeans started to use wedding bands but they were known as a Poesy ring. No matter if the ring was a wedding band or engagement band, everything was called Poesy ring. Europeans used to give this ring to their loved ones as a sign of love and fidelity. Additionally, the Poesy rings were considered as a pledge of eternal togetherness.

Thinking to purchase a beautiful and attractive wedding band after reading the history? Consider visiting mensweddingbands.com to browse through various affordable and significant wedding bands.

During the famous Colonial times, every type of jewelry was prohibited in America due to their apparent moral worthlessness. Instead, Americans used to prefer a more practical thimble as their eternal togetherness and a token of love. However, women could remove the bottom of the thimble after being married. This way the thimble would form a structure of the ring.

This is the history and origin of wedding bands. Wedding bands have been used as a sign of love, affection, and care throughout centuries amongst various countries in the world. Although it wasn’t considered as a sign of romance as it is today, it was always a token of marriage.

What Type Of Clothing Is A Pullover?

Top Sites For Dealing In Cryptocurrency