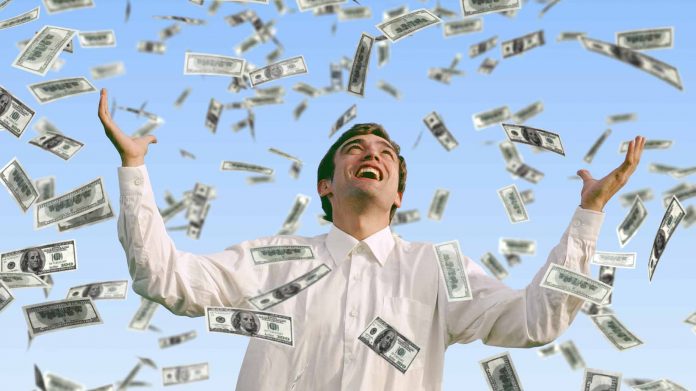 The best thing about slots is that anybody can win. Many people dream of winning a life changing sum of money, rarely does this ever become a reality. Winning large sums of money is very uncommon with slots which is why when people do win it is a celebrated story.

There is very little skill involved with slots from new casino sites, meaning that professional gamblers will have little advantage over regular gamblers. Many who have won big have been people who only gamble in their spare time. Below you will find out about the riches and most famous slot winners.

In 2001, Cynthia Jay-Brennan won a life changing sum of $35 million, the highest jackpot ever awarded from a slot at the time. The waitress soon made plans with her boyfriend to travel all across the world, however her good fortunes soon turned bad when Cynthia was involved in a collision with a drunk driver that killed her sister and left her paralysed from the chest down. Deciding to use her new found wealth to help others, Cynthia has donated money to charities such as the MADD (Mothers Against Drunk Driving) foundation to help in the fight against drink driving. While her story is certainly tragic, Cynthia using her winnings to help others who were in the same situation as her is inspiring.

One of the luckiest slot players ever, Elmer Sherwin won a massive  $4.6 million back in the nineteen eighties! You may think that this would be enough money to make someone stop playing slots but Elmer kept playing for many years, eventually winning again! He won $21 million playing sixteen years after his initial win. Elmer passed away two years after his second win, having given away a lot of his winnings to his family and various charitable causes. This two time jackpot winner may have been the one of the luckiest men alive!

Choosing to remain anonymous, all the public know is that this winner was that he was a Norwegian man named Peter. Playing an online slot, Peter won five million euros on a progressive jackpot. Happening in 2010, this was one of the largest jackpots given out at the time. Perhaps wanting to avoid the media fanfare or not wanting to be inundated from old friends and family members for loans and free cash, Peter opted to remain anonymous. So while we may never know what he decided to spend his winnings on or whether he still enjoys the odd slot game, we do know that Peter became an incredibly rich man!

As you have read, winning the jackpot on slots is not always what we dream it is going to be. There can often be problems in life that we couldn’t have dreamt of happening, whether this be an unfortunate accident or family and friends hounding you for money. Despite these potential issues, for many players the idea of winning on slots is something that they still dream about.

How easy is it to find no deposit bonus offers at casinos?