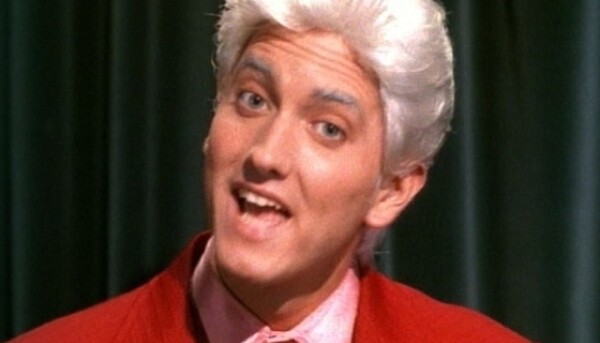 We are sure you must have heard and enjoyed listening to Adele or Eminem earlier, well we have listed some of similar stuff like those here. Well, every famous artist may have great albums and they may had earn fluffy amount by selling concert tickets months before the show, but there is always one song that they are known for. We have listed 8 of them:

Sometimes it’s their first song, but sometimes they already have an album or two released before their worldwide popularity. The best thing is that they never gave up on the idea of becoming famous. They worked hard and recorded songs and albums until they hit the hit literally.

“Someone Like You” is not Adele’s first song. It’s not even from her first album. Her debut album was released in 2008, named “19”, featuring the song “Chasing Pavements.” Even though it’s a great song, Adele was not really a worldwide recognized music star.

But, things changed in 2011 when she released the album “21,” which is still one of the best-selling albums of the 21st century. It was certified 17x platinum in the UK and received a diamond status in the US.

The music video for “Someone Like You” was just a live performance, but it still made her a worldwide recognized A-list music star.

He released his first album in 1996, which only sold 1000 copies. That’s pretty disturbing and unexpected, knowing that we talk about Eminem, who is one of the best rappers in the world.

But with his second album, “The Slim Shady LP,” he gained the deserved popularity. It seems like the audience enjoyed “My Name Is” most. After that, we all know how things changed for Eminem.

He even re-released his first album later and reworked some of the songs. But we all remember how “My Name Is” changed the course of his career.

Britney is one of those singers who gained popularity with her first song. Even though she has many successful songs and albums, we still recognize her by “Baby One More Time.”

Her second album, “Oops… I Did It Again,” is probably the best one she ever released, showing us that Britney is getting mature and serious.

Not many people know that a girl named Katy Hudson released a “Trust in Me” song in 2001. Hudson was a Christian pop singer, but she was craving more.

So, in 2008, all the radio stations were rocking the “I Kissed A Girl” song by Katy Perry. The same Hudson girl adopted a different stage name and decided to reinvent herself as a worldwide pop sensation. And she did that.

We all know the lyrics of “I Kissed A Girl,” and even though she has so many exceptional songs, we all remember the one that ensured her place on the music scene.

We all associate “I Want It That Way” with Backstreet Boys, considering it’s their signature song. But, many are surprised to discover it’s the lead single from their third album.

The popular band had two great albums before they released this song, but “I Want It That Way” was their way to a more mature direction.

There were many debates about what “it” or “that” means in the title. Some even tried to degrade the song by saying it doesn’t make a lyrical sense. Still, the audience loved it, and many millennials remember the dance moves correctly.

Kylie was a recognizable music star in the 80s and 90s, releasing so many music hits. But, it seems like the 2000s were her time to shine. From the first moment the music video was premiered, we all got hooked on the “La La La” part in “Can’t Get You Out Of My Head.”

Before this song, Kylie had great hits like “Spinning Around,” “On A Night Like This,” and “Confide In Me,” but somehow, her early 2000s releases became her signatures.

For some reason, Nickelback receives so much viral hate and jokes. But, when “How You Remind Me” starts, everyone knows the lyrics by heart.

It’s the lead single from their third album, “Silver Side Up,” and no other Nickleback song has received so much popularity.

In 2012, while married to lead singer Chad Kroeger, Avril Lavigne released a cover version of “How You Remind Me” as the soundtrack for an anime film. Her version is a little bit darker than the original one and never received the same popularity.

Even though their debut single, “I Want You,” became instantly popular, the second one is Savage Garden’s signature song.

They released “To The Moon And Back” in 1996. The fans think some real-life love story was the main theme, but the singer Darren Hayes explained Blade Runner inspired him. He recognized someone he knew in the story and wrote the song about the person whose mother never loved her much and whose father never kept in touch.

The song has a few release edits, and the album version is the longest one, lasting about six minutes.

We mentioned a few exceptional songs with amazing backstories. And they all send an important message to the rising music stars, not to lose hope when it comes to popularity. Sometimes it comes with the second song or even the third album.

6 Tips For A Great Holiday With Your Dog

From Security to Originality, Here Are 5 Things to Look Out for in a...

What is OPMS Kratom Liquid used for?

What to keep in mind regarding your online cannabis dispensary?