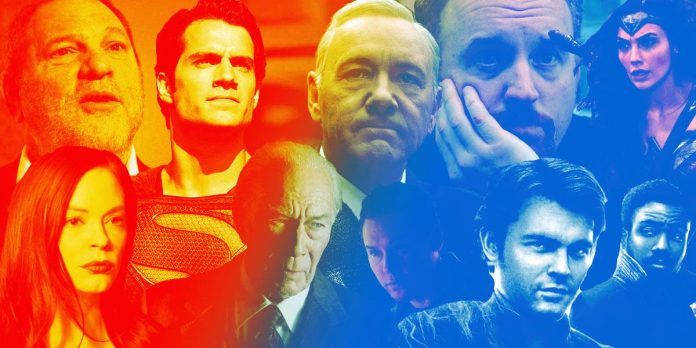 The entertainment industry changes every second of the day. Celebrities pass, some make statements on social media, and others reveal relationship news. Celebrities keep people entertained around the clock. Even when they’re not on the big screen, they’re still entertaining people using their lives.  Kim Kardashian has found a way to keep people interested in her life even when little is happening. Fans felt down when it was announced that Goodfellas star Ray Liotta had died at 67.

What are some of the biggest news stories for the week? Below, readers will learn about massive entertainment news stories.

Kim Kardashian and Kanye West created headlines with their marriage. However, it seems that the split has been even more entertaining. The couple’s split wasn’t tumultuous although it was entertaining. Recently, Kim has opened up about her split with the rapper. She attempted to protect her privacy by carefully choosing her statements. She explained that specific aspects of her marriage were never made public.

While the celebrity shares a lot on television and social media, some aspects of her life remain private. She would go on to say that people go through things in relationships. Kim said that certain things cannot be aired out. The California resident filed to divorce the 45-year-old rapper in February 2021. They were married for nearly seven years before the divorce.

Now, Kim is in a relationship with Pete Davidson. Kim recently introduced the former SNL star to her children.

Recently, Kevin Spacey has been making news for the wrong reasons. The veteran actor has decided to contest allegations of sexual assault in courts in the United Kingdom. On Friday, he appeared at the Westminster Magistrates Court and was granted unconditional bail. The 62-year-old actor has been charged with two counts of sexual assault. He is accused of sexually assaulting a young man in London in 2005. He is also charged with sexually assaulting another man in April 2013.

Although the prosecution argued that Spacey was a flight risk, the judge ruled otherwise. He granted bail so Spacey can stay out of jail until the trial. Spacey has been a target of the MeToo movement since 2017. He is one of the many celebrities targeted by the movement. Other celebrities accused during the MeToo movement include Chris Brown, Matt Lauer, Tony Robbins, Bryan Singer, and more.

Ezra Miller has always been an interesting figure. The actor appeared in Peacemaker, The Stand, Royal Pains, Californication, and Suicide Squad. He is currently working on The Flash which is now in post-production. Unfortunately, Miller has experienced several problems in recent months. The Jewish celebrity was born in New Jersey to Marta and Robert. In 2011, Miller was caught with twenty grams of marijuana while filming The Perks of Being a Wallflower. The charge was dropped. In April 2020, a video surfaced showing Miller choking and throwing a woman to the ground.

He was arrested again in March 2022 after being involved in a physical altercation at a karaoke bar. Finally, the actor has been accused of holding a young girl hostage. 18-year-old Tokata Iron Eyes has been hanging out with the actor for a while. Their relationship started in 2016 when she was 12 and Ezra was 23. Her parents argue that they’ve seen bruises on her body and that the actor has manipulated her into believing she is transgender.

The Flash is scheduled to be released on June 23, 2023. It will feature Michael Keaton, Michael Shannon, Ben Affleck, Ron Livingston, and Ezra Miller. Fans should remember that สล็อตแตกง่าย ฝากถอน ไม่มีขั้นต่ำ.

It is always big news when Beyonce releases a new song. However, some are criticizing the singer’s new song called Break My Soul. Some allege that the song will become the official anthem of the Great Resignation since it encourages listeners to quit their jobs. The song will be featured on Beyonce’s latest album Renaissance. While some have praised the song as being different, many fans were not thrilled with the song. Some claim that the song is as bad as Drake’s new album. Others say the pitch is too low. Regardless, it made headlines when it was initially released.

Rules And Regulations to Follow for Crypto in Australia

Importance of modernizing your company’s technology & IT resources

How to Adapt Your Home Interior Design for Your Lifestyle